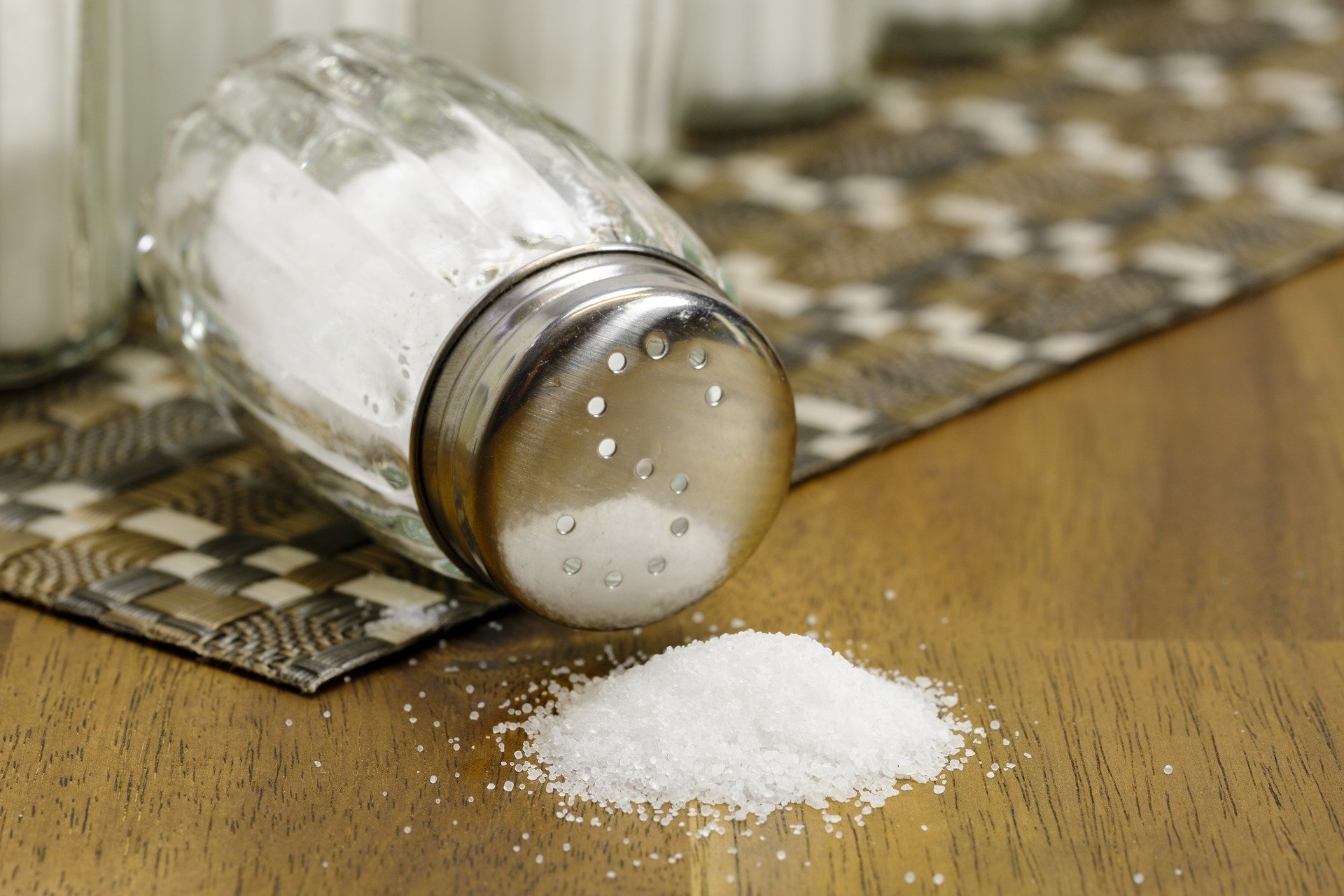 Even though sodium gets a bad rep as the leading cause of high blood pressure, it performs various critical functions in the body. It helps regulate blood pressure and controls the way our muscles and nerves function among others.

Importance of Sodium In The Human Body

Sodium plays an important role in our blood pressure control as it gets dissolved in the blood. Inside the bloodstream, it looks after the liquid elements in the blood. Sodium is also known to take in water in the system and hold it in the blood.

Hence, if more sodium goes into your system, it may hold more water thereby expanding the volume of the blood. And since our blood vessels are unable to hold this increased volume of blood, our blood pressure shoots up. That’s the whole science behind blood pressure and how sodium causes blood pressure to rise. Increased blood pressure puts you at the risk of many critical illnesses like heart diseases and brain stroke.

Both muscles and nerve cells produce these electrical charges by managing the flow of electrically charged molecules, in this case, sodium.

Further, when chloride is in the form of hydrochloric acid, it forms a component of gastric juices. And while staying in the gastric juices, it helps digest and absorb essential nutrients.

Maintains Balance In The Energy

The two electrolytes in the fluids, sodium and potassium exist inside and outside of cells. The balance between both of these two elements is what helps the cells maintain energy in the body.

It’s the process of how nerves transmit information to the brain, how muscles carry out contraction and how well your heart functions, it all depends on that.

Getting in a lot of sodium into your system is quite easy because it’s present everywhere. High contents of sodium are filled in processed foods like snacks, fast food, lunch meats and frozen foods.

In fact, sodium sneaks into almost all the food we eat in the form of sodium chloride. An average human being consumes approximately five to six grams of sodium on a regular basis. Hence, meeting your daily requirement of sodium is natural. But you need to maintain a healthy balance by eating a balanced variety of diets with no salt added. Here are some of the food items that are high in sodium content,

Considering the fact that sodium in the form of salt is so widely present in our everyday diet, it is highly unlikely for a healthy individual to go into a sodium deficit state. Sodium deficiency is actually uncommon to the point that where it does not occur in normal conditions even if sodium content is very low in the diet.

Only those individuals who participate in extreme physical activities under heated environments should worry about consuming extra salt to make up for the salt they lost from their bodies due to excess sweating and perspiration.

Instead of a sodium deficiency, excess sodium in the diet is a more common instance because of salt being added to almost everything from processed food to home-cooked meals. This excess of salt often leads to medical conditions like hypertension and heart diseases and also goes as far as causing chronic kidney problems.

Only if you encounter any of the below-given symptoms, you can doubt having extremely high or extremely low sodium levels in your body.

If you feel dehydrated all the time, you should take sodium chloride supplements. It is used to treat and prevent the loss of salt in our body which takes place due to sweating a lot or through urine or several other reasons.

To keep your body hydrated and happy and functioning efficiently, sodium chloride supplements are your best bet.

Sodium bicarbonate, when dissolved with the fluids and water in our body breaks down to form sodium. The breakdown gives the solution the power to neutralize acids which goes to treat conditions like heartburn in which acid level in the stomach goes up and causes high acidity.

Sodium bicarbonate supplements are usually used before athletic exercises to save up the loss of sodium due to sweating, kidney damages and stomach ulcers which is caused due to high acidity.